Making people adapt to something is never an easy thing to do.

In this technological evolution of web2 into web3, it’s still perceived as a skeptical move by many.

This has set an example for all the aspiring builders out there.

In this article, we are going to take a look at 10 such foundational organizations across the ecosystem that have shaped the web3 world and are serving as an inspiration for budding web3 entrepreneurs.

We have picked these organizations based on the impact they have created on the ecosystem and their popularity amongst the users.

We will also take a look at what we can learn from their workings.

They are literally building the crypto economy!

Launched in 2012, Coinbase is a cryptocurrency exchange platform that was Co-Founded by Brian Armstrong.

The major contribution they were able to make to the web3 ecosystem was that they brought cryptocurrencies to the main street.

What’s different about them is that, unlike other crypto-based organizations, Brian Armstrong welcomed the regulations & regulators for crypto instead of taking an anti-government stance.

They also went public in April 2021 without selling any new shares just to embrace regulators & the public, making Coinbase more transparent than ever.

Impact Coinbase Has on the Web3 Ecosystem

They are on a mission to create & maintain a stable and frictionless decentralized currency.

Launched in 2014, MakerDAO is a decentralized credit facility co-founded by Rune Christensen.

It is an Ethereum-based central banking protocol that enables the lending & borrowing of crypto assets through Dai (its collateralized stablecoin).

It was the Maker community (along with DigiXDAO) back in 2016 that showed huge support for Ethereum Network. They were an early advocate of Ethereum before it was split.

Also, did you know that Maker Protocol was the first ever major dapp that was formally tested & verified for its reliability in September 2018 using mathematical modeling?

This increased its transparency & the community’s confidence in the technology.

Impact MakerDAO Has on the Web3 Ecosystem

With a mission of providing security to digital assets all over the world, Ledger was launched in 2014.

It is led by Pascal Gauthier who is currently serving as a Chairman & CEO of this foundational organization.

They initially started with the idea of building a secured chip that would safeguard digital assets for crypto enthusiasts, but then as they took shape, they evolved into a full-fledged security platform.

Though currently, they are providing a secured gateway to crypto & NFTs, they are planning to step their foot into securing a variety of digital assets such as virtual real estate, Metaverse avatars, digital currencies, etc.

Impact Ledger Has on the Web3 Ecosystem

Ethereum revolutionized the web3 space in a true sense.

Launched in 2014, it is a Layer 1 blockchain network and a community initiated by Vitalik Buterin (Founder & Inventor, Ethereum).

They created an infrastructure that was more than just a currency and had an actual utility.

Ethereum’s mission is to create decentralized protocols & tools that will empower web3 developers to build decentralized apps for various use cases.

What’s interesting about Ethereum is though you can only mine 18 million Ether or ETH (Ethereum currency) in a year, there is no limitation or restriction on its market capitalization. Yes, Ethereum is limitless!

While other crypto coins may have celebrities or media personalities flaunting about owning them, Ethereum has solid top-level tech companies like Microsoft, HSBC & Barclays utilizing them in their systems.

Recently Ethereum’s main net & executable Beacon Chain merged which made Ethereum transition into the Proof-of-Stake model from the Proof-of-Work model.

It was a historic moment that was famously known as the Ethereum Merge.

This now makes Ethereum more secure, and scalable and has the least impact on the environment.

Impact Ethereum Has on the Web3 Ecosystem

They’re here to set up a foundation of software that’ll help the web3 ecosystem to thrive.

Launched in 2015, ConsenSys is a blockchain technology company that was founded by Joseph Lubin (who’s also a Co-Founder of Ethereum).

They have played a crucial role in shaping up and evolving Decentralized Finance (DeFi).

They are no more than a powerhouse of the blockchain industry.

ConsenSys closely works with tech organizations, central banks, and even governments to create scalable blockchain solutions at the enterprise level for a lot of real-world applications.

Their one of the most popular products includes MetaMask which is a web3 wallet in the form of a browser extension. It’s an ultimate gateway to DeFi that gives its users full control over their private keys.

Impact ConsenSys Has on the Web3 Ecosystem

They want to create the digital public infrastructure of tomorrow!

Launched in 2017, Gitcoin is a community of builders, creators, and protocols that was founded by Kevin Owocki and Scott Moore.

They are on a mission to fund digital public goods and foster open source code, open data & open governance.

They promote building open web3 technologies that will help accomplish the goals of shared ownership and collaborative determination.

Gitcoin assists the communities of builders to build for the open web through their grants and funding programs.

Impact Gitcoin Has on the Web3 Ecosystem

One of the most famous peer-to-peer marketplaces out there!

Launched in 2017, OpenSEA is an NFT Marketplace that was co-founded by Devin Finzer.

They have become one of the most accessible marketplaces for buyers, sellers, and creators in the web3 ecosystem.

They are on a mission to build cutting-edge tools that’ll enable consumers to trade, creators to launch, and developers to build their digital works & items effortlessly using rich and integrated marketplace options.

And guess what? They’re pretty much getting successful at it.

According to OpenSEA’s internal analytics data, they once reported having almost 62,105,769 users visiting their website in a month. This puts them in 649th rank in the list of most visited websites in the world.

Unlike other niche-specific crypto entities, OpenSEA is an all-inclusive marketplace that offers a platform for digital items of almost any type of category.

You’ll be able to buy, sell or create digital goods that consist of gaming items, sports collectibles, music, art, or anything that can be called a digital good.

Impact OpenSEA Has on the Web3 Ecosystem

The single most influential entity that is shaping the web3 ecosystem!

Launched in 2018, A16Z Crypto is a venture capital fund organization founded by Chris Dixon that invests in crypto and web3 startups.

They have a portfolio of diverse companies that they like to define as ‘ground-breaking’ startups.

What areas in web3 are they contributing to?

They have a fantastic team of engineering, security, legal, regulatory, educational, and go-to-market experts.

They also have set up their own research organization and recruiting services to enable growth for web3 startups.

Impact A16ZCrypto Has on the Web3 Ecosystem

These guys are on a mission to unlock universal ownership and make an exchange accessible for all.

It is also completely open source. This means that almost anyone can use their code to build their own decentralized exchange.

Unlike other exchanges that charge a heavy fee to list new coins, Uniswap allows users to do that completely free.

This is a notable difference that sets Uniswap apart from other exchanges.

Impact Uniswap Has on the Web3 Ecosystem

They are on a mission to take blockchain technology to real-world, real people.

Launched in 2018, Dapper Labs is an NFT company that was founded by Roham Gharegozlou.

They believe in keeping their UX free from jargon or complex web3 terminologies. They do this for making their product more user-friendly for the common consumers.

Dapper Labs was named among one of the top 50 most innovative companies in the world.

Their CryptoKitties, a blockchain-based game about cats, and NBA TopShot, an NBA highlights collectible trading cards platform are one of the most popular NFT markets.

Impact Dapper Labs Has on the Web3 Ecosystem

Fantastic organizations! A lot to learn from them.

But what if you have an idea for a web3 project and want to launch it in the right direction?

Or you are already working on one but are confused about how to take it ahead for success.

How would YOU make it in the next top 10 web3 organizations?

For that, you need someone who has been there, done that - to hold your hand and guide you in the right direction.

We have opened up this opportunity for you with our FREE 3-week IVL & 1-day IRL web3 incubation program - 0xCamp.

Do consider applying if you want to receive guidance directly from the leaders of the space.

No cookie-cutter approach, but context-based guidance that’s specific to your startup.

Do you think we missed any? Let us know if you want us to add some more organizations by emailing us at - we@foundershiphq.com.

You may also want to read 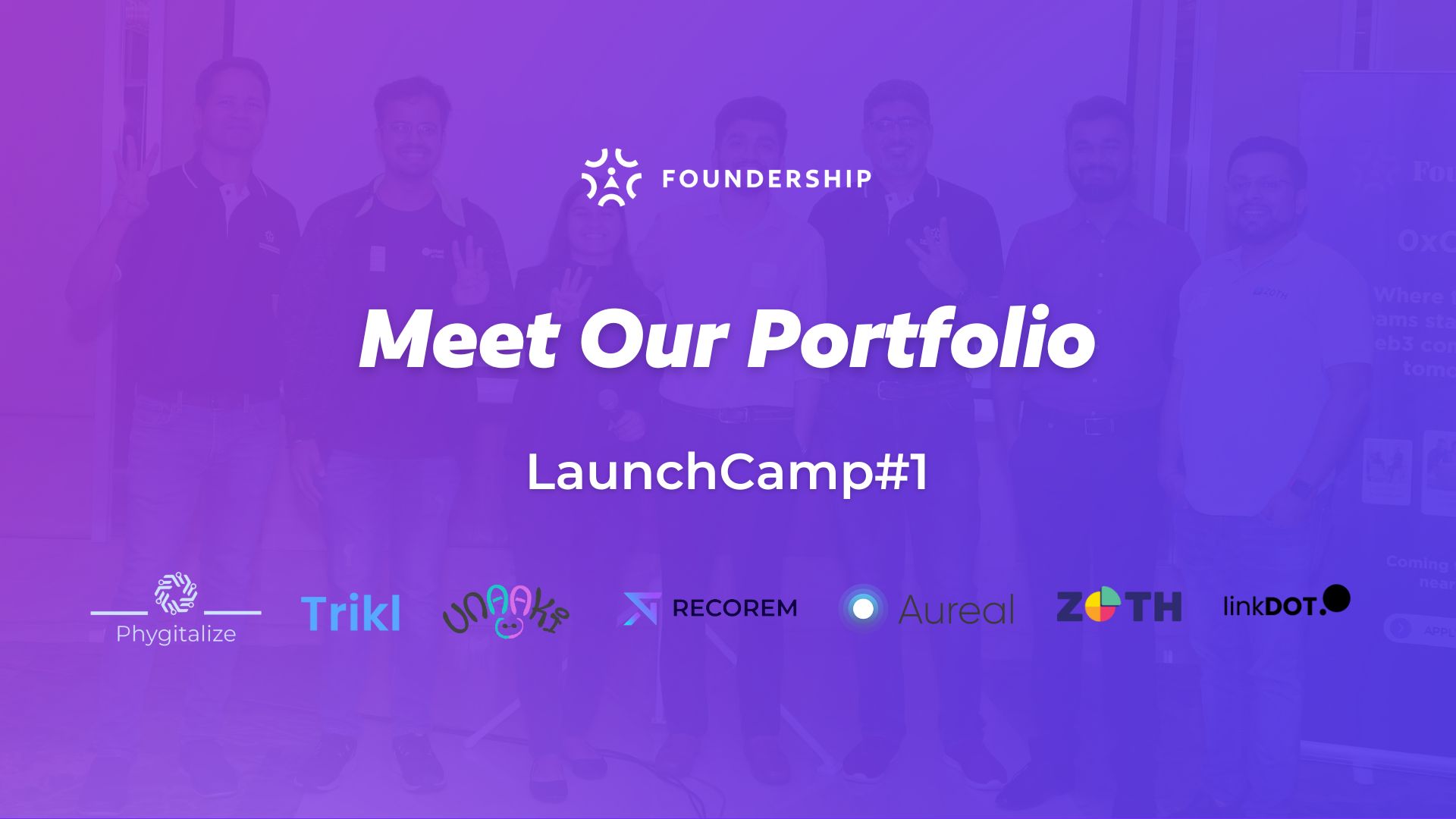 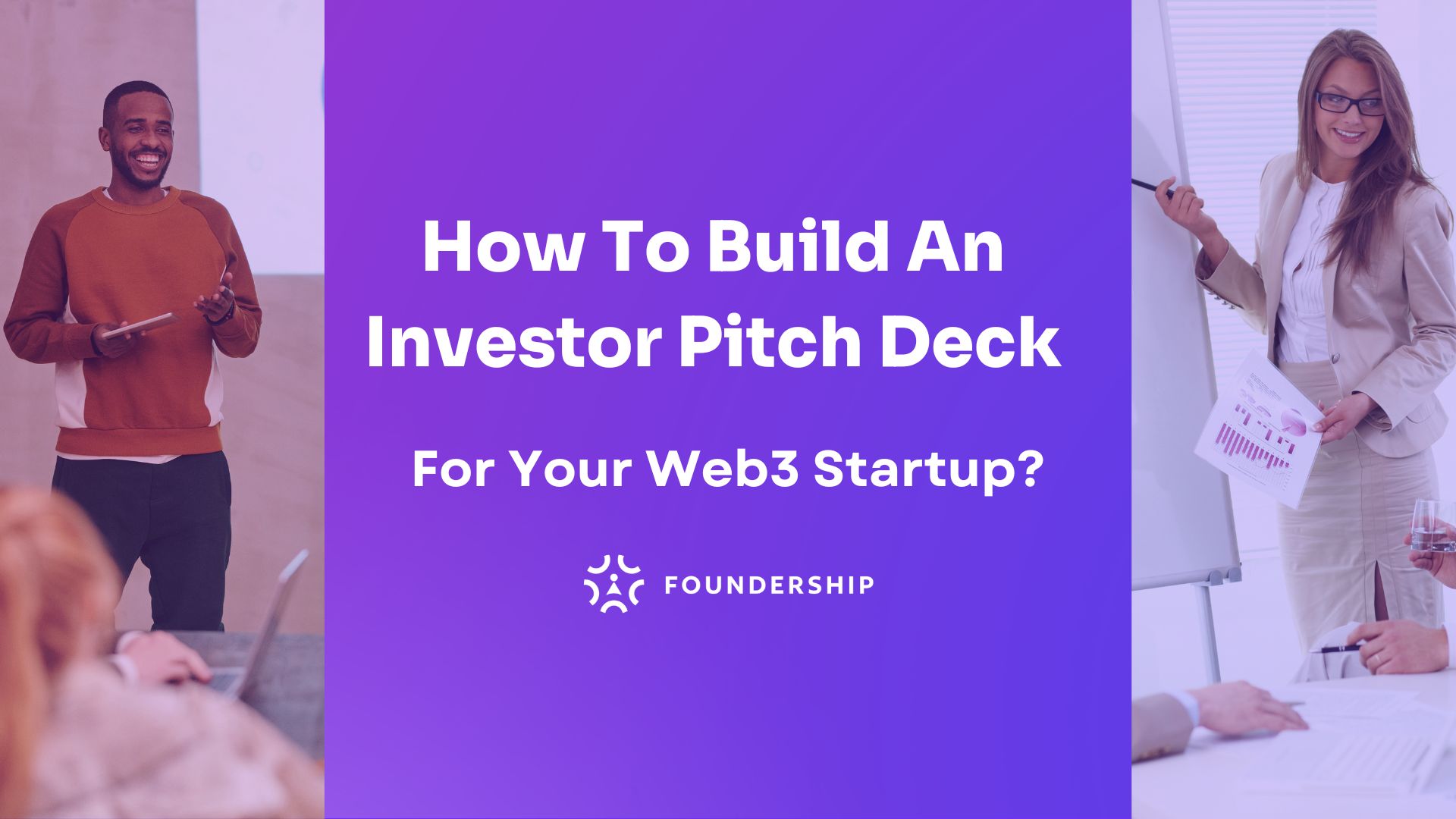 How To Build An Investor Pitch Deck For Your Web3 Startup 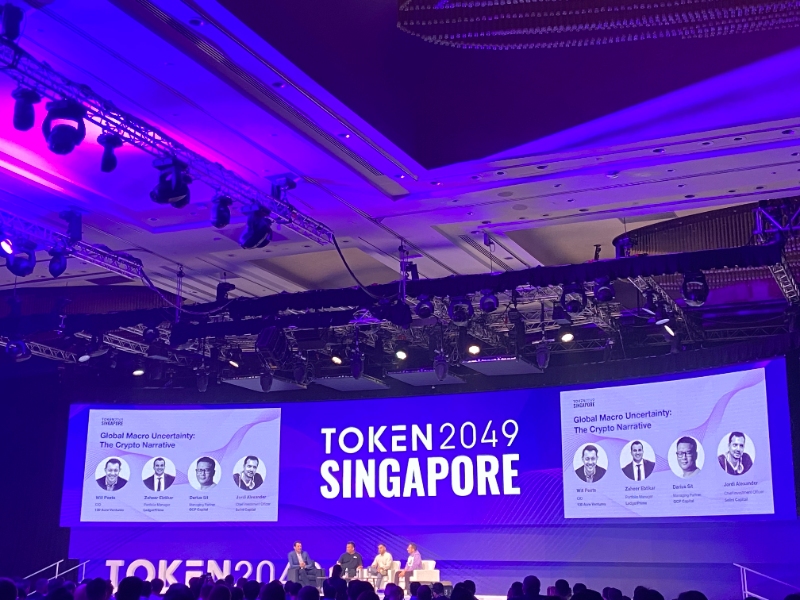 September 2022 - The Superfast month at Foundership